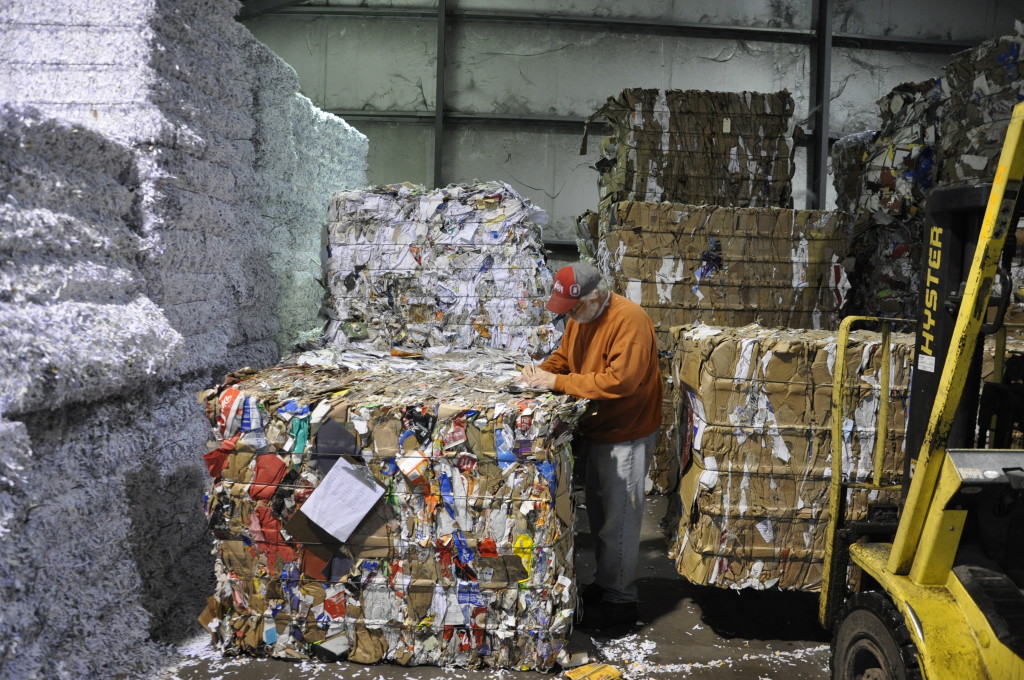 While most people really want to make an effort to recycle their waste, many find separating paper, glass, plastic, and metal cans a time consuming chore. But with the advent of single-stream recycling only effectively eliminating this laborious task, more people are jumping on the recycling bandwagon. No longer do we have to endure a kitchen cluttered with an assortment of recycling containers one for plastic, one for paper, one for glass, one for cans you get the point. Now we can simply throw all our recyclables together in one bag and leave in on the curb for our local trash collector to sort out. Saving the planet just got far simpler and a whole lot more convenient.

Yet, while this may simplify things immensely, how viable is this in the long-term?

The Upside and Downside of Single-Stream Recycling

There are both pros and cons with this single-stream recycling. On the upside, more people tend to participate in recycling efforts due it being easier to do, but the downside of this is that a lot of the materials recycled are in fact unrecyclable.

A recent survey found that 66% of people that participate in recycling programs wouldn't do so at all unless it was easy to do so. Yet, while this has seen a substantial growth in the amount of waste being recycled, it also contributed to greater contamination of the recycled waste collected. The National Waste and Recycling Association estimates that around a quarter of all the waste sent for recycling is too contaminated to be recycled, and is good for nothing other than the landfill. Ten years ago the rate of contamination was around 7%. Recycling gets contaminated in the home when things like diapers or batteries get thrown in with the recycling instead of in the trash. Contamination also occurs during transportation and processing where one type of material can get mixed into another, effectively contaminating it and making it unsuitable for recycling.

With China having recently placed a ban on the importing of foreign trash and "dirty" recycled waste, and many other nations considering placing similar restrictions on waste imports, this leaves no market. Considering that single-stream recycling is now the norm in the US, with 80% of communities across the country participating in 2014 compared to only 29% in 2005, not having an outlet for the contaminated recycling that cannot be used elsewhere is a big problem. So effectively, while more stuff is being recycled, there is no market for a very significant percentage (25%) of this recycled waste, which in effect offsets any gains made in increasing participation in recycling programs. With no market, the contaminated material that was initially diverted from the landfill when recycled, will ultimately end up on a landfill; taking a very long-winded and expensive route to get there if one considers the cost of transportation, sorting, etc.

With no outlet for dirty recycling, we have no choice other than to clean up our act. Literally. This may mean moving away from single-stream recycling altogether, or putting more stringent rules and regulations in place to prevent recycled material from becoming contaminated. While recycling is likely to become a little less convenient once more, lets hope that at least the stuff diverted from the landfill will in fact be reused somewhere constructively rather than wasting time and resources by being re-routed to a landfill the long way round.