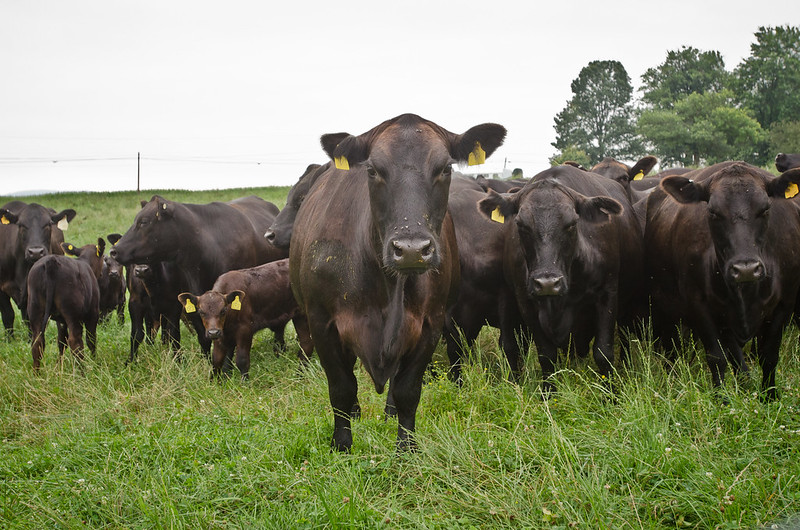 Farming cattle is generally associated with a large carbon footprint. Studies suggest that Americans need to cut back meat consumption by 90% and milk consumption by 60% in order to meet global warming targets. But can we turn this around by effectively getting cattle to sequester carbon into the soil by implementing regenerative land management practices?

The Carbon Footprint of Cows

Cows are ruminants that have methane-producing bacteria in their stomachs that help them break down their food. This methane is released into the atmosphere where it acts as a potent greenhouse gas that contributes to climate warming. Their manure, as well as any grain-based feed used to fatten them before slaughter are also sources of greenhouse gas emissions. Deforestation for grazing land, or simply overgrazing vegetation on pastures leaving bare soil is another source of greenhouse emissions, as plants absorb carbon dioxide from the atmosphere.

With regenerative agriculture, where grazing is carefully managed, cattle can actually assist soils to sequester carbon. Soils naturally serve as a carbon sink, as plants absorb carbon dioxide which is utilized and converted into carbon in the process of photosynthesis, with excess carbon pushed into the ground via their roots. It is estimated that globally, soils currently contain around 2,500 billion tons of carbon. Normal farming techniques such as plowing of the land and leaving bare soil exposed between crop plantings, releases the carbon bound in soils into the atmosphere. So does overgrazing. Globally, farmed soils have lost as much as 70% of the carbon they originally contained. But if grazing is closely managed, cattle can actually help vegetation to grow faster, increasing the amount of carbon that is returned back into the soil. There are also other ways to achieve this, such as planting shrubs and trees or applying compost to pastures, these techniques can all help agricultural land sequester more carbon.

Regenerative farming techniques are nothing new; this is how our forefathers farmed before the advent of industrialized commercial farming practices. Scientific research to support the potential of raising carbon neutral cows through regenerative land management practices is currently sketchy. A recent study found that it was possible to raise carbon-neutral grass-fed beef in the second stage of their lives (after the calves where weaned from their mothers) using regenerative land management techniques. But, a report released by the Food Climate Research Network suggests this is not the case. More research is clearly needed.

Some would argue that it would be better for the planet if we covered existing dairy farms and cattle ranches with trees, with land covered in natural grasslands rather than forests being a logical exception. However, utilizing native grassland only, would most likely mean that the meat industry would be unable to meet the demand. Also, since it takes longer to fatten cattle on a diet of grass, more land will be required to produce the same quantity of meat produced by raising cattle with feed. Ultimately, if we hope to reduce the amount of carbon in the atmosphere, we need to reduce the amount of beef we consume. If it requires one acre of land to raise the beef that makes up your diet, that one acre could have been better utilized being preserved as a natural forest, which would lock up lots of carbon.

There are other measures farmers can implement to reduce the carbon footprint associated with raising cattle. Manure, a source of methane, can be collected and fed into a biodigester where the methane is extracted and used as a biogas that can be used to power dairy equipment, trucks and farm vehicles.

But, regenerative farming techniques can have further benefits. White Oaks Pastures, for example, have switched to regenerative land management practices, rotating different farm animals through their pastures in order to maintain a balanced ecological ecosystem that supports a more diverse range of livestock while maintaining a healthy ecosystem. The cows eat the grass, goats and sheep feed on weeds and shrubs, while chickens forage for insects, grubs and other pests. The manure from all these animals goes back into the soil where it serves as a natural organic fertilizer. The result is healthy living soils that supports a diverse range of micro-communities that in turn play an important role in contributing to soil health. 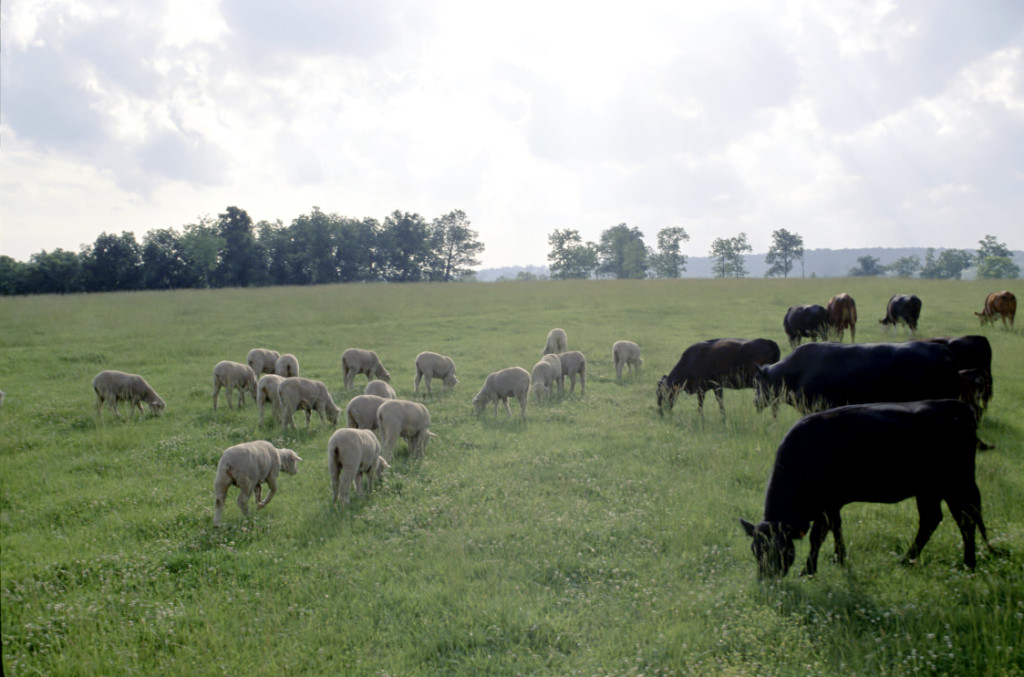 While this is not necessarily the cheapest way to farm, it is the most sustainable in terms of preserving the environment, raising healthy and content animals, and providing consumers with ethically produced food that is healthy to eat.